Despite nearly being stuck at O’Hare airport in Chicago due to thunderstorms, my flight managed to depart for Reagan Washington National.  For anyone looking for a hotel near the NIH, I’m staying at the Hyatt Regency Bethesda until I’m admitted on Sunday.  The Hyatt is very conveniently located right atop a metro station.  One transfer between the airport and hotel, very handy.

My next day started at 8AM.  The NIH was one stop away on the metro.  After checking in through security, I walked to the main building, #10.  Registration was relatively quick, with fewer forms than a typical office visit.  The nurse who had been corresponding with me via email (Celene) then met me to show me where I’d be going throughout the day.  My next stop was at the lab for blood and urine samples.  Then to radiology for a chest X-ray.  Then to have an EKG.  Everything was very efficient, so much so that I finished over an hour earlier than scheduled and had time to take in a light breakfast.  The staff has also been very professional all around.

My 3T MRI with spectroscopy was delayed a little, but went without a hitch.  It was quite an extensive scan, taking about 1 hour and 10 minutes in the tube.  Even with earplugs and headphones, it was fairly noisy.  I also had the displeasure to experience the “Endorectal Coil” used to enhance the images.  Getting it into place wasn’t very pleasant, but it was tolerable for the rest of the exam.  Another set of enhancement coils was set on top of me.  Near the end of the scan, they injected me with gadolinium to enhance the last set of images.  They also took additional images at without the coils before I was finished. END_OF_DOCUMENT_TOKEN_TO_BE_REPLACED

I don’t plan to be racing anytime soon in order to raise funds for worthy charities related to supporting prostate cancer research.  Instead, I’d like to give credit to another Darren who is my age and is now racing for a cure:

If you are considering a charitible contribution for medical research, please take a look.  Prostate Cancer is among the most common and most deadly of all cancers.  Also, if you have the time, take a look at Darren’s blog.  It’s a compelling journal of his experiences.

I’m off for my trip to the National Institutes of Health this week for my 3T MRI, possibly followed by a biopsy.  I’ll have more to write this weekend and next week. 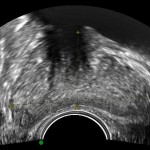 Prior to the appointment, I specifically asked if the images would be available to me in some format for a second opinion, if necessary.  In reviewing the cryptic response from the Dr. Bard, it seems it might have even been intentionally vague or even dodged the question altogether.  I guess that should have been a red flag.  Nonetheless, after the ultrasound, he said a partial set of images would be available and referred me to his staff.  I was sent a single black and white digital image, though it was at least more detailed than the polaroid.  I repeated my request and got no reply.  After a couple weeks, with my next consultation looming for the MRI, I sent another request.  A few more exchanges resulted in five images being sent to me, as the previous email with the first image must have been corrupted.  Apparently, five images were all they kept!  For all the promise of this technology, they claim to have kept only five 2-dimensional images out of thousands, with zero benefit of 3D or 4D available to me for future reference or a second opinion! END_OF_DOCUMENT_TOKEN_TO_BE_REPLACED