Many prostate cancer patients undergo a prostate removal, or radical prostatectomy, either by conventional surgery or using the robotic da Vinci system.  What doctors may not tell you is that either method not only removes the prostate gland, but an entire section of the urethra, including one of the valves important to maintaining continence and sexual function.   This “internal sphincter” is important not only for urination, but also for ejaculation .  Complete removal and resection of the prostate and urethra is a somewhat draconian response to what is usually a tiny tumor in once small section of the prostate.

Of course, the problem is that it is difficult to locate exactly where the tumor is, if there is more than one tumor, or if it has started to spread, so many doctors simply suggest a complete removal.  Prostate Biopsies suffer from false negatives and are as controversial as complete removal of the prostate.  A radical prostatectomy is not unlike completely removing the breast in a mastectomy for a small tumor where a lumpectomy might be an alternative. 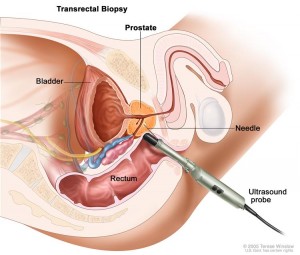 Fortunately, there are now some methods that focus on removing just the tumor, rather than the entire prostate along with a section of the urethra and the internal sphincter that helps with urination and ejaculation.  Patients should be informed about all these options.  From the highly regarded Sloan Kettering Cancer Center, these include:

Less than 10 years ago, these focused therapies were not even available to patients in the United States.  Some are now FDA approved, while others are undergoing trials or are available in Europe, Mexico and other countries.   These treatments are often guided by high resolution MRI, ultrasound or by targeted biopsy results.

“We’re starting to do some investigative studies on this, but it’s still premature to say whether it’s going to be the future.

For low-grade disease, it’s certainly worth a try because nothing is really lost. For high-grade disease, I don’t know that it’s appropriate—we don’t have the data.

It used to be that all grades of cancer were treated either by radiation or surgery. Now surveillance is preferred for low-grade cancer with close follow-up, including repeated prostate biopsies. Rather than having to do that, why not just do focal therapy—HIFU or cryosurgery? I’d rather follow up with PSAs than biopsies.”